Are You Cool or Cruel With Your Feedback?

I was facilitating a multi-team session recently when the topic of dealing with "tough employees" came up. Apparently there was an employee who was making everyone's life miserable. And no matter what they did, he wasn't shifting. They didn't feel like they could fire him yet, so they just worked around him, tolerated him, complained to each other, and hoped it would get better.

Or that he would go away.

They said they'd done everything to address this situation.

They had...They had done everything except:

These are game changer big things.

What they had done was avoided him, redone work for him, worked around him, complained about him, and everything I mentioned in the first paragraph here.

They were miserable and frustrated and I guarantee you he was feeling it. (Even if he didn't know what "it" was.) They justified it by colluding about him and gathering evidence to strengthen their case for why it wasn't working with each other - but no one actually had addressed it head on with HIM.

I've seen this happen many times. A leader thinks he's being kind or compassionate or a good coach by sugar coating what's actually going on. He avoids hurting feelings. Gets just enough done to make it not be too painful. And then BAMM - a year later, the employee gets exited because it just got to be too tough to work with him.

But the guy never actually got any real feedback.

I am often asked how to exit someone who's just a "bad apple" in the organization; they're low energy, not performing well, bringing everyone down, incompetent, or just a "pain" to work with. So how do they handle THAT?

You've got to check your mindset and regard for the people you lead. Holding someone as a "bad apple" dooms you from "hello". I don't believe in "bad apples". True there are circumstances where someone is not a right fit and needs to be put on a plan or move on or whatever is true and best for them and the organization, but make sure before you get to that point, or hold them as a bad apple, that you do your due diligence and show up as a true leader first.

What's due diligence? In this case it's making sure that you are truly giving your employee real feedback about what's going on, what the impact actually is, and where he or she can shift. And even before that, step back and ask yourself these questions:

If the answer to any of these is "NO", then you have work to do.

We must do the work necessary to let people know how they're doing, what's working and not, and what needs to shift in order for them to be at their best and set up well. Anything short of honesty and being truly in service of your employee (or partner or colleague or boss), is cruel.

Because when you finally exit, or disconnect from that person - if they didn't have the full story and the true feedback, (or even worse, if they thought they were rocking it) - you've slammed them. While you thought you were being polite and caring, you left them out there. And when they didn't figure it out on their own, you fired them.

I've yet to be in a room or conversation about this topic where there's not someone nodding their head because their organization struggles with this in some way. Most of us have seen this kind of scenario from several perspectives. All of the perspectives tend to be painful, unproductive, and a total waste of energy, time, money, talent, and positive impact.

The solution is simple.

Love them, be a champion for them, tell them the truth, hold them accountable, and hop to. From there it is up to them to step in. If they choose not to "hop to", or can't, and you've been clear about agreements and game plans, then you can head into a more life giving, honest, and clean conversation that sets you all up to lead, exit, or do whatever is best - with integrity and grace.

This article first appeared on Inc.com on September 27, 2016. 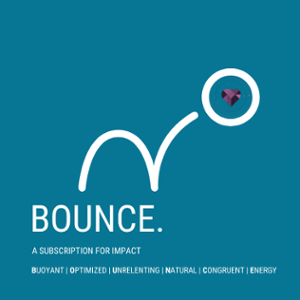 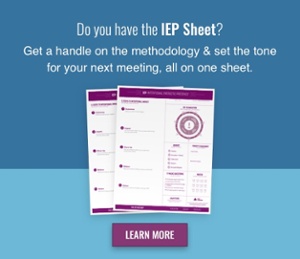