Dare To Enage the “Want-O-Meter”

The Power of Wanting... This is a picture of one of my clients who came out to St. Charles this last week for a Private DTE Retreat. This is Dr. Cheryl Perlis (Perlis Wellness Center in Lake Bluff, Il) and she is one phenomenal doctor, with a mission that runs deep and involves supporting and empowering women in and with their bodies, at all ages. She specializes in Gynecology and Aesthetic Solutions, and I will say, hands down that she has to be one of the kindest, most thoughtful, cool, committed, no-nonsense, and loving doctors I've ever met. Anyway, here's Cheryl at our retreat earlier this week in St. Charles. This picture in particular is one of my favorites...It's a picture of her "holding" her "want list."

Notice the 5 full flip charts that she's filled out? Those are the things that she wants to have an impact on, bring into her life, make happen and pay it forward with. That's quite a want list. What's also powerful is that those things on her want list have multiple positive ripple effects. She gave me permission to share this with you as I was struck by the power of this woman and her list. I was struck by who she had to be to allow herself to create it, where she had to allow herself to "go"...fully engaged, full permission, awake, and hungry. Here she is - arms wide - holding the power of want. And what's really cool is that this want list, will help her mission and vision manifest itself in even more powerful ways - so not only does she feel great, others benefit as well. The visual of her working on this list and then lined up against the wall with it is something I've imprinted in my heart and mind and will keep with me for a long long time. It all started with the simple question of "What do you want?" And it inspired this post. So let's talk about wanting... Ultimately every client or program participant who works with me can count on being asked THE "How bad do you want it?" question within about 15 minutes of us knowing each other...often less, and most often before they even get to the consult appointment with me. I've gotten to the point that if a person tells me they want "it" less than an 7 or an 8 on a scale of 0-10 (10 being highest), I'll suggest that we wait to work together. Abrupt? Not at all. I say it in service of the client, their time, energy and money, and in service of my time, energy and attention. If someone comes to me to make shifts in their own leadership or behaviors or wants to make a significant change in their lives, I want, and even need, them to really want it. (We joke that I can't want it more than they do.) Making sustainable changes can be difficult enough, even when the want dial is at an 8 out of 10... So getting clear on the reasons why they want something, and really how much - helps.

I should say that these people are already successful, beautiful, highly intelligent and amazing human beings. They come to me to "up their game", increase impact, clear their energy, create space, unfold even more of themselves, take their life to the next level, etc... Their wants have gotten them to where they are today, consciously or not. And they're ready for more. In my experience the quickest way to do this is to unfold the even deeper wants beneath the "goals." Sometimes they want "it", but they don't know why, or their reasons may not be compelling enough to sustain them through the energy, attention, focus and discipline it may take to create the change they want in their lives. Often they're afraid to want "it." Often they think they want one thing, but after unfolding it, find it's actually something else, something even more compelling. Often they're not clear on what they want. And just finding that alone can be a primary goal of our work together...And even more often, I find that they've forgotten how much they CAN want. And this is where it gets juicy.

This is where I've learned to love wanting even more. I bring in the "want dial" or the "dte want-o-meter" and have them turn up the volume dte style. At first they start small, but as they warm up and turn it up and turn it up and amp it, they start to really want. They get in touch with they want. They want more. They get thirsty. They unlid hunger that's been there, but squelched because of the busy-ness of life. And then the real stuff, the heartfelt, wanting, hungry, passionate stuff starts to unfold. Of course when I do this work with myself, I experience similar feelings, and I do choose to do this work with myself fairly regularly because it keeps me focused. It has to be a conscious exercise and it actually takes discipline to do it. (It always amuses me that I get paid good money to do this with people on a regular basis, and that I continuously have to be my own repeat customer.) This is a lifelong path we get to walk on, and it's our opportunity to hold ourselves to checking the want dial. I believe that the more we allow ourselves the space to want, unabashedly, the more of ourselves we find. And the more alive we become within ourselves. Wanting is important. It's innate in us. It's tribal. It's visceral. It's evokes anticipation, energy, drive. It's human nature. Wanting is where visions are born, and how visions are made. Wanting creates buzz. Wanting creates outcomes. And yet, we lid it.

You'll notice that kids know how to want. A lot. My 3 year old and 8 year old are constantly asking me for things. They know how to want unabashedly. They ask for 100% of what they want pretty much 100% of the time. I notice how easy it can be for me to slip into the mindset of wanting to tell them to chill out, to tone it down a bit (especially in the grocery store when if I were to cave to their wants they'd both go into sugar shock comas and lose all their teeth), and how fragile that "wanting" space can be and how my "being" with them impacts the look on their faces, the energy they come to me with, all of it. And then there are the real heartfelt wants, the want wants....the ones that I am so grateful to experience with them and notice the nuances of them wanting with their whole heart. I'm especially moved when it comes in the form of "I want to be a dancer" or a "Game producer" or an "artist", etc. "I want to brush your hair." "I want to touch your ear." "I want my 12 hugs." "I want to fly." I am viscerally aware of the impact I could have on dimming my kids' want meters were I to dismiss these wants, tell them to want less, or try to impose my wants on them...because they're their wants. And they're big ones. And when we express want, we're open and vulnerable and we take a risk. So when someone comes to us with a want, it doesn't mean we have to say yes, just that we simply be aware of who they had to be, what it may have taken, for them to express that want to us. (BTW, for those of you still hooked on the child in the grocery store wining and wanting - I'm with you....and in this scenario, with candy and junk, I've resorted to doing one of two things...I tell them to put it on their "Want List" for later review, or I tell them that they can still want as much as they want - and knock themselves out doing it - but that my want for them having healthy lives and teeth, trumps their want for the short term sugar high. J)

I believe that we start out generally equipped with highly functioning want-o-meters...and then life happens. We lose a race or a contest, we don't get what we want, we're told no, that a dream is too big, or the good old fashioned "who are you to think you can do that?" etc. and then instead of going out on a limb and taking those risks of wanting and asking, we tone it down. Until we've forgotten that we've toned it down, and hopefully someone asks us, or even demands of us that we tone it up. This is the point of the want-o-meter. The "dare to engage want-o-meter" - because it is actually a daring thing to do. It's daring to be that vulnerable to ask for what we really really want. And especially to ask it of someone who may say no or judge it or "think it's too much" or obnoxious (or whatever other idea about that want they have that they'd like to project on us.) Or maybe they really can't say "yes", maybe their wants don't match. And that's fine, because we don't know until we know. So I say "want away..." because we need more of it. What you want is what you want. And giving yourself full permission to want it opens up new levels of creativity, resourcefulness and mission to get it. Vision gets created out of wants - so allow yourself the gift of visioning and wanting with your whole heart. Want away...

So go for it. Turn up your want-o-meter. The more you do it the bigger and more unedited the list. The real big guttural wants happen as you get down the list. It's hard to stop. How much can you want? And what are your wants in service of? They don't always have to be in service of something bigger, sometimes it's just fun to want and anticipate and want some more. And most often I find that if my wants are tied to creating an impact on something that's bigger than me, they're even easier to make happen. Having that extra pull to something outside myself gives me an extra kick in my step and extra resources to figure out how to make it happen, who to leverage myself with, where to ask for help, and where to dare to engage. So want what you want. Want together. And go get it.

If this resonates for you and you want to try it on, up that "wantal" intelligence. There are a couple of ways you can do it, here's the simplest one: Take 5 minutes and free write (no editing) everything you want - big, small and in between. Complete this sentence over and over again until 5 minutes is up: "I want _________." Here's the trick, don't figure out how or who, don't worry that you even have to actually do all (or even any) of them, don't think...just want.

And when you're ready, really ready to make it concrete, ask yourself " How am I going to get it?"

Want to do this with support, for you or your group? Send us a note.

in Dare To Engage/ from Anese/ Energy Leadership/ Anese Cavanaugh 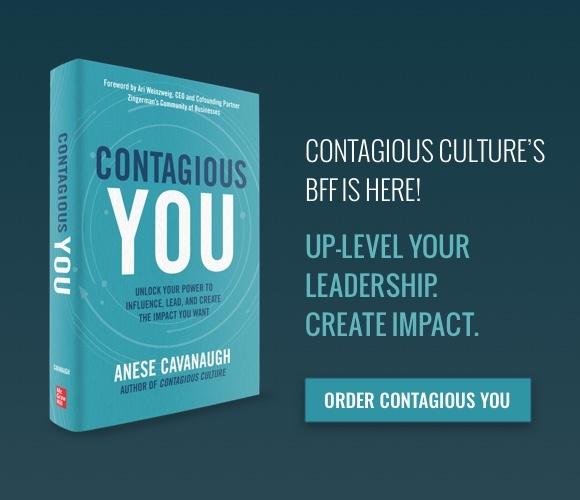 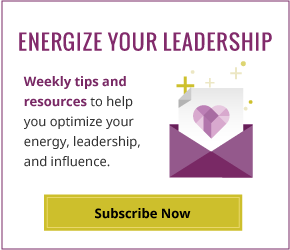